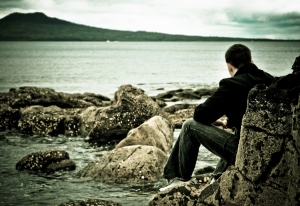 Recently we have witnessed the untimely passing of a number of young celebrities who felt unable to continue with their lives. People who to all intents and purposes seemed to have the world at their feet. Their deaths undoubtedly caused much distress and sadness to their loved ones, and left us all wondering: how could they, of all people, possibly feel such insurmountable despair? And why couldn’t anybody do something to help?

The answers to these questions are not simple, but organisations such as Grassroots Suicide Prevention and of course, the Samaritans, have much expertise in this area – but to extend their reach they need to educate more people about how to recognise the signs and provide the appropriate intervention.

The need for these charities is all the more pertinent given recent figures released by CALM (the Campaign Against Living Miserably) which reveal that the highest cause of death in men under 45 years in the UK is suicide. Quite clearly, something needs to be done to reach out to those who feel that their life isn’t worth living.

In October the Samaritans launched a new Twitter App, created by digital agency Jam, to try and identify young people using Twitter who may be feeling suicidal. The opt-in RADAR app worked by analysing people’s tweets for signs that they might be feeling at a low ebb, and then notified their followers that someone they know may be distressed, providing them with advice on how they might be able to help.

The App, although undoubtedly well-intentioned, came rapidly under fire for being invasive and potentially having the opposite of the desired effect, by making people less likely to share their feelings using social media. It was also suggested that it could be used to target those who may be vulnerable.

RADAR has now been suspended pending further consideration, not least the extent to which it potentially infringes Twitter users’ privacy. The Samaritans have acted swiftly and used the brouhaha to reassert their core mission: to reach out and support those who may be feeling depressed and unable to cope.

It’s important to note that the initiative aimed to target a younger demographic who may feel more inclined than others to share their private thoughts and feelings online. Understanding how different groups are communicating via social media and tapping into these channels to signpost potentially life-saving services, should not be condemned. However, where it may be open to abuse or even potentially make the very people it aims to help withdraw from participating in their social networks, serious questions need to be asked.

On the other hand, social media is here to stay, evolving rapidly and any charity worth its salt should be exploring how they can utilise the various tools and data analyses available, to engage new audiences with their work.

My point is that we shouldn’t let this one media storm in a tea-cup put charities off exploring the potential for utilising social media to engage people with their services or a particular campaign. What we must learn from this, is that before launching any such social media ‘tool’, it needs to be adequately tested not only for its functionality, but also its legal compliance, and crucially, the potential reaction of the target group and related professionals; this is where the Samaritans clearly fell short.

Despite the furore around Samaritans’ bungled App, they should be applauded for continuing to develop innovative services to support people when they are in a fragile state of mind. On this occasion they didn’t quite get it right, but in this brave new world of online chatter, we shouldn’t chastise them for attempting a new way of enrolling young people as the eyes and ears of their organisation.

This site uses Akismet to reduce spam. Learn how your comment data is processed.

well read’s communications strategies are informed by the current news agenda, as well as what relevant industry experts are saying.

As our name suggests, we also have a passion for literature and take inspiration from great writers and philosophers, past and present. Read more about us.